At Dentfix Automotive we make sure we care for the paint and with our 40 years of experience in the industry we cater to the perfect finish.

Do you need Ceramic Coating for your car and want a professional to do it? Dentfix Automotive are the business you can trust to take care of your vehicle.

If you have paint scratches on your rental car and want to save money before returning it with things like, key scratches or dents with paint pealing off we can help you fix your car and make sure you do not have to pay extra to the rental company and have it fixed at a margin of the cost.

Are you planning to sell your old car? Are you hoping to maximize your sale price ? Then it might be worth considering to prep your car for sale.

The process uses a variety of custom-made tools that manipulate the metal back to its original form. This is achieved after obtaining access from a range of different entry points around the vehicle.

We Come to you – Home, Office or Factory

Based in Toorak, Dentfix Automotive started from humble beginnings to help provide affordable and reliable dent repairs and basic car cosmetic repairs. Call us today and maybe we can help sort you out on the same day.

Most of our repairs are completed on the same day, but in case the damage is too big, we can offer faster turnaround times than most body shops.

Or better yet just drop by and maybe our technician can squeeze you in for a quick fix.

With over 40 years of experience,rest assured that our technician will make sure your car looks brand new.

We help save you money and make sure the work looks just as good as the day you got your car. Up to 80% cheaper than body shops.

We help you save time by making sure the car is returned the same day in most minor fix cases.

With over 40 years of experience we bring to your car, you can be rest assured the quality of work is a result of our experience. 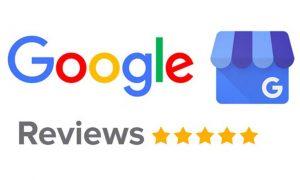 Bill repaired some cracking to my front bumper and a large chip on an awkward part of my car which would normally require the whole left side of the car to be resprayed (he fixed it flawlessly without having to) Price was incredibly sharp (about half of what would’ve been charged at a traditional panel shop) and the job was done very skillfully.

I took my Alfa for Bill to have a look at the dent. Previous quotes I received ranged from $350 -$ 900. Bill fixed the dent seamlessly for the price of $200. Furthermore, I dropped the car off in the morning and it was completed by 4:30 pm the same day. All other places wanted me to leave the car over two days. I would recommend Bill’s service to everyone.

Should have been going here for years, Bill charges fairly and works quickly, he’s straight to the point. I went in to get a ding patched and he repaired an old scratch for free while he was at it, just a total legend really.